Anatomy in the past and today

Illustration taken from the 2nd edition of "Margarita Philosophica" by Gregor Reisch, 1504. The arrangement of the organs is incorrect. Move the mouse pointer over the organs and you can see what is wrong. 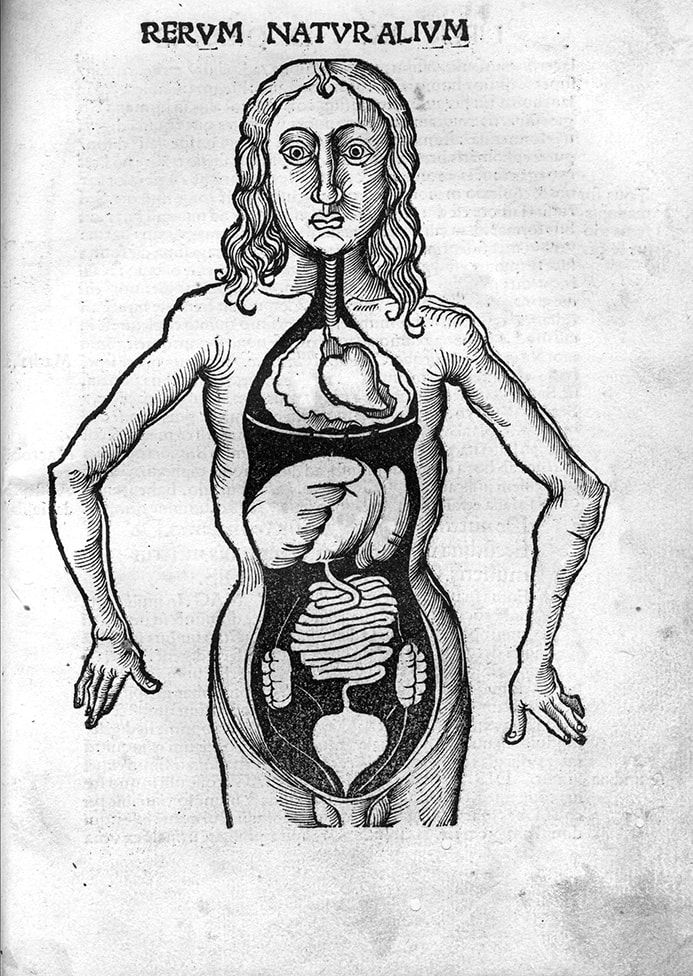 Anatomical teaching book, written by Johannes Amos Comenius in 1658. Move the mouse pointer over the numbers in the picture and the terms appear. 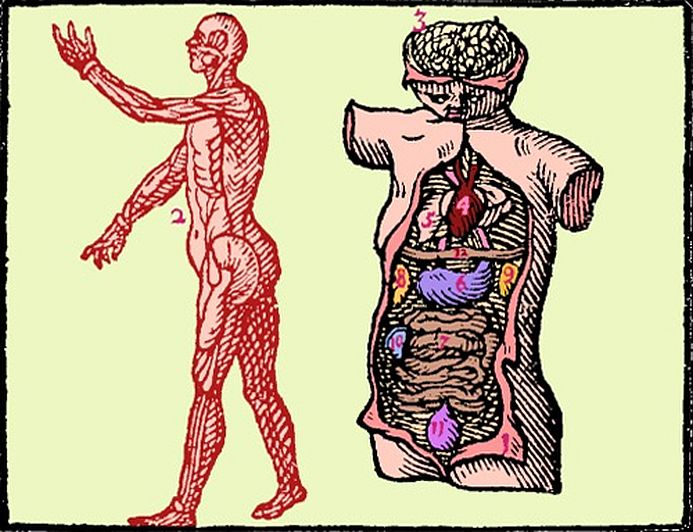 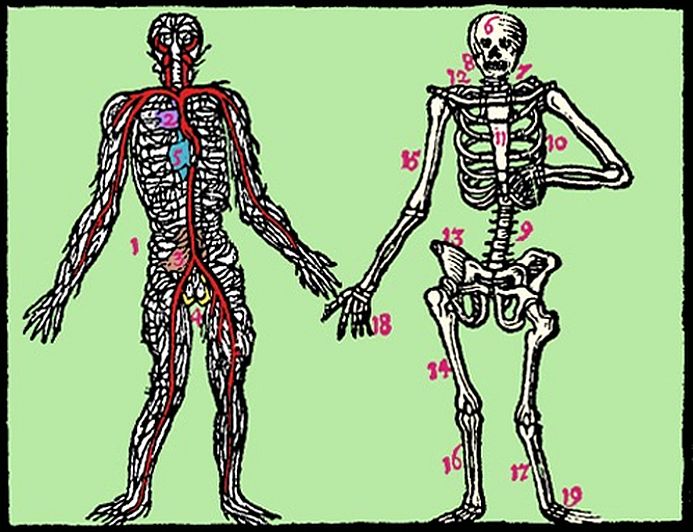 From Cocaine to Novocaine

Starting in 1884, the ophthalmologist Carl Koller used Cocaine as an anesthesia with eye surgery. It later became a popular narcotic, despite its substantial side effects and great addictiveness. Nevertheless, the industry has been looking for a harmless medium and finally found it with Novocaine in 1905 (pun for "new cocaine").

With "Hunt's Remedy" William E. Clarke produced from 1872 to 1881 a panacea for the kidneys and the liver. He marketed his product with elaborate colored trading cards and had great success in the USA. Move to the man, then you can see what happens. 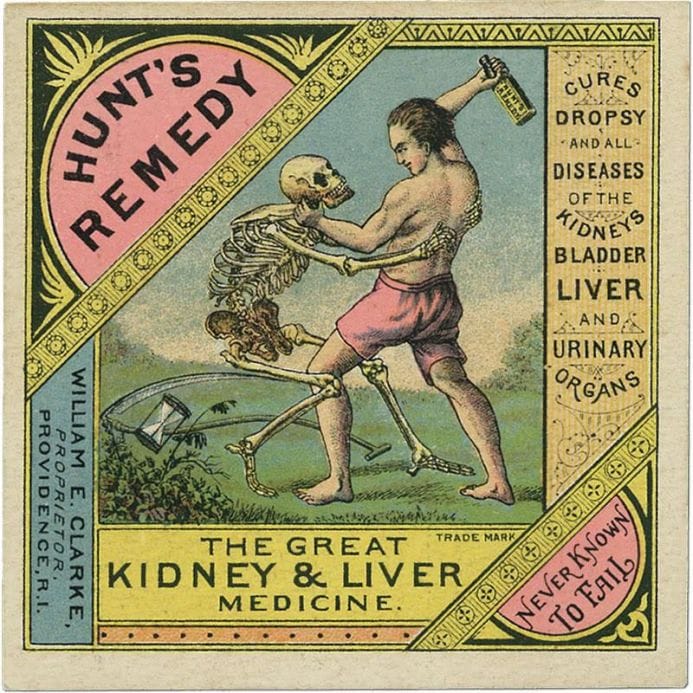 This ad from 1903 promises larger breasts. Hover over the breasts of the woman and get to know more about the miracle drug. 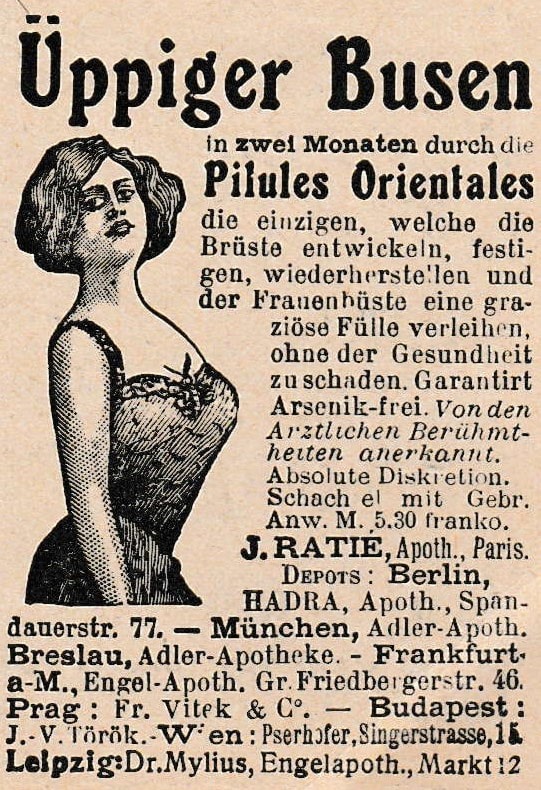 It was even in in the middle ages important to make injured soldiers from numerous battles fit for war as soon as quickly as possible. Therefor field surgery as well as precise bandage techniques were crucial. Here you can see several head bandages which were taken from a 1763 copperplate engraving from the work „Chirurgie“ by Lorenz Heister. Hover with the mouse over the heads and see the colored versions.

In middle ages, people belive in the theory, that embryos are already made in sperm and afterwards, they develope in the uterus to a human being. Even the gender is prefixed at this stadium: Sperm, which comes out of left testicle would be build into female individums. Sperm out off right testicle becomes male. Based on this, people started to drwa her imagination as a little human in a sitting position, also called homunculus, in which the umbilical cord runs to the sperm tail.